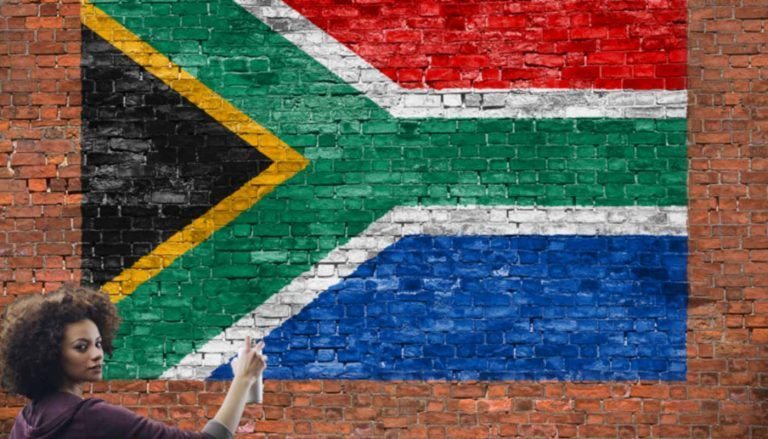 Graffiti as an art-form is a product of the West, spreading to Europe from its New York underground roots. But other centres have emerged further afield, new homes of authentic Street Art in Africa, Asia, Latin America and the Middle East. South African Graffiti one of the best examples – a vibrant scene that has morphed from its origins in a time of raw political protest.​ Graffiti art is a product of hip hop culture, with origins in New York around the 1970s. South African Graffiti emerged a decade later in Cape Flats. This was home to those the Apartheid government designated “non-whites”, hence its nickname “apartheid’s dumping ground”. 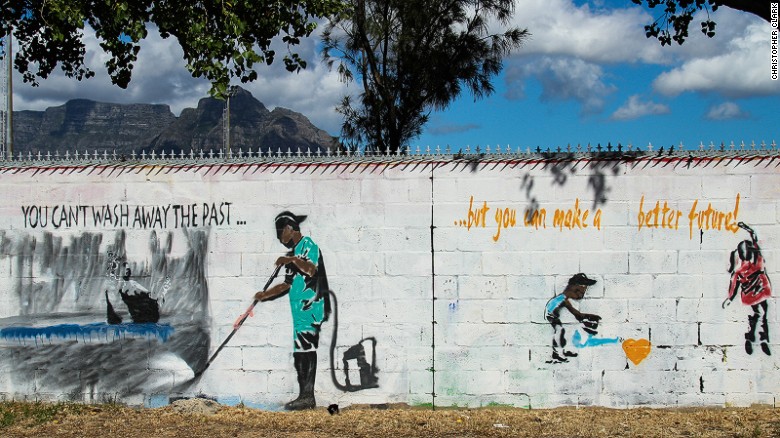 For many, politics was an important part of South African graffiti. For example, Street Art brought together black and white artists at a time when such mixing was rare.

A consequence of the political environment was isolation. New York hip hop musicians and artists travelled widely to explain what the culture was about, but missed out on South Africa.

So the country developed its own styles of graffiti, unencumbered by knowledge of what street art “ought” to be like.

Thus, early work may have been artistically unrefined at times, but it quickly developed into something distinctive and, in some cases, very special. Today’s South African street art is on par with anything in the world. Its bold images often support strong messages, typically social, artistic or political.

Modern artists follow a handful of pioneers from the 80s and 90s. Men and women, black and white, they shaped today’s vibrant South African graffiti scene.

Many early pace setters aren’t actively creating art anymore. Two notable exceptions are Falko One and Faith47, both great names from earlier days. Each has moved beyond their South African graffiti origins, but remain connected to the modern scene .

Internationally reputed, their talent is at least the equal of Street Artists anywhere.

Two of the other big names that straddle the early days and the modern era are Mak1one and Rasty Knayles.

Of course many others also created the South African graffiti scene - but few remain well-known or mentioned today.

Younger artists are now creating their own voices, increasingly finding international recognition in their own right.  One of our favourites is female Cape Town artist Nardstar*.  Huffington Post listed her as one of ‘25 Women Pushing the Limit of Street Art Around the World’.

Jack Fox is the teenage son of established street artists, and has already taken part in gallery projects in Paris, Berlin, Madagascar, New York, Switzerland and Malaga. Like many of his contemporaries, his work spans several forms, such as this video: Sonny is a British-born artist now based in South Africa. He is particularly famous for his large scale murals.

Freddy Sam is another exponent of large scale murals, and now goes by his real name, Ricky Lee Gordon.

Our final pick of the current generation of South African graffiti talent is Mook Lion, a Durban-based street artist. He is exploring the social role played by his craft, and there's a great video about him below courtesy of CNN. Check out this great CNN video about Mook Lion

As in the US and Europe, society and the art world are embracing South African graffiti. Today, aspiring street artists in Cape Town can get permits to ply their trade, and not-for-profits like the Design Indaba Trust bring together street art and urban regeneration projects.

Another sign of the evolution of South African graffiti scene is the variety of paths into and out of it. Some artists are moving beyond the street into other art-forms. Others come into it from art school or commercial backgrounds.

For example, Faith47﻿ describes herself as a visual artist. Meanwhile Falco1 is the face of Red Bull’s “Once Upon a Town” mural project.

Another sign of the changing times is that Lonely Planet features South African graffiti as a recommended attraction for travellers. In a similar vein, “tourism experience” firms like Gummie and The Original Joburg Walking Tour Company include graffiti tours, and the official South African Tourism website speaks warmly about street art and graffiti.

Want to Find Out More?

If you can get to South Africa, there’s nothing better than seeing this work on the streets themselves.

If you can't get there in person, the definitive guide to South African graffiti artists and their work is Cale Waddacor’s "Graffiti South Africa" website. It's full of great interviews with everyone who’s anyone, and is an obvious resource for planning a Street Art tour of the region. To get a wider view, social media is the best way, with many thousands of images, videos and collections.  Instagram and Facebook are the two main vehicles for artists, and Flickr is a good source of visitors' photos.

We hope you’ve enjoyed this whistle-stop tour of the South African Graffiti scene, and it’s whetted your appetite to discover more.