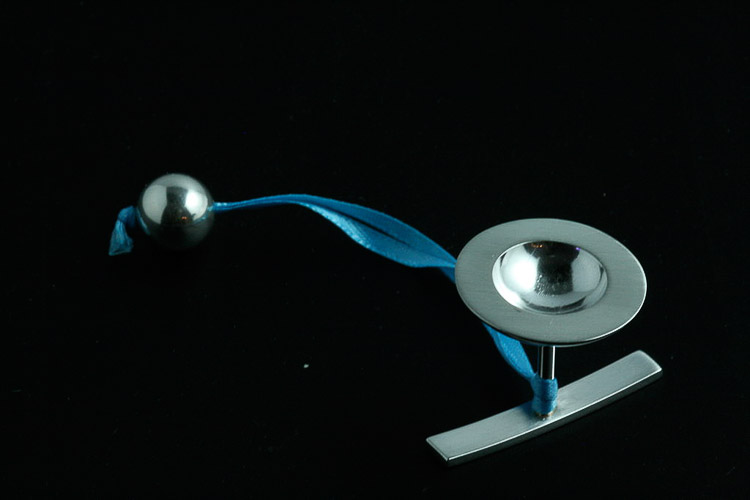 What is Wearable Art?

Is all jewellery art?

What many agree upon is that jewellery mass produced for popular tastes does not constitute art. So according to that view, loom bands, stacking rings and whatever fashion dictates is “in” for the season are definitely not art.

What that also means is that neither can we call design classics like a Tiffany solitaire diamond ring a piece of art.  In fact, the only reference to anything approaching wearable art on the Tiffany website is the description of Paloma Picasso as a “true artist”. Other well-known design brands of jewellery such as Cartier, Dior, Georg Jensen, Bulgari and Graff are often seen as creators of wearable art. Does that mean that all design led jewellery is art? Hmm, looks like there is no easy answer to this question.

Our perspective on what constitutes wearable art

At Zayah, we believe there are a set of characteristics required for a piece of jewellery to be a piece of wearable art.

This is the opposite of a fashion trend that needs mass following and a trend today is gone tomorrow, perhaps an embarrassment to be reminded about later! Anyone remember the trend for jelly bracelets?! Who says something is wearable art?

That does lead to the big question on who defines a piece of jewellery as art or not? Is it the artist or the critic?

We think it’s the artist, because if we took the analogy of a painting, a particular painter may not be a great artist, possibly someone who is rubbished by critics, but that doesn’t stop the person from being an artist – especially if they believe they are one. And opinions of others don’t necessarily matter, as appreciation of a person’s art can happen years after the artist created a piece and sometimes even after their lifetime. One of the best-known examples of that is Vincent Van Gogh.

Do critics only appreciate the eccentric and is it only a handful of critics who can understand wearable art jewellery then? Again, we believe the answer is not. Most people when provided with the background of a piece, the story behind, why the artist created it, will be able to grasp the art. Whether they like it or not is a matter of personal preference, and in our view a completely different question.

To illustrate what we are talking about, we’ve put together some examples of what we think counts as wearable art jewellery on one of our Pinterest boards

We’ll also be showcasing artists whose wearable art jewellery we like in future articles.

In the world of paintings, impressionism and cubism are a couple of examples of movements that had one person who was seen as the founder or creator of the technique or movement. This was then adopted by a whole set of artists to create their own paintings using this technique. What are the equivalents in wearable art jewellery?

Well there is one well known movement that comes from the past, the American Modernist Jewellery between the 1930’s to the 1960’s where American jewellers rejected a variety of styles that had come before them – Victorian, Art Nouveau, Art Deco. In their minds there was too much of prescription in all of these styles. So the modernist jewellers identified with other art areas such as painters and sculptors and tried to create truly one of kind pieces of art but things that could be worn. These jewellers came to be known as part of the Modernist Jewellery movement. The term wearable art was coined at this time. Thus, this was the very first instance of a movement that was defined as wearable art.

There are others but not quite as well known – we’d pick those who shun precious metals and try and create outstanding pieces of jewellery with recycled materials as those creating another movement, even if this is very small. With very little visibility and publicity for things like this, the general public are unaware of attempts to break away from the traditional.

Another set of artists creating wearable art are those who look at other materials such as aluminium, resin, polymer clay and such who start with let’s say a basic technique but then create beautiful and unique pieces of jewellery.

Do you have a view on what wearable art jewellery is? Drop us a line at editor[at]zayah.co.uk