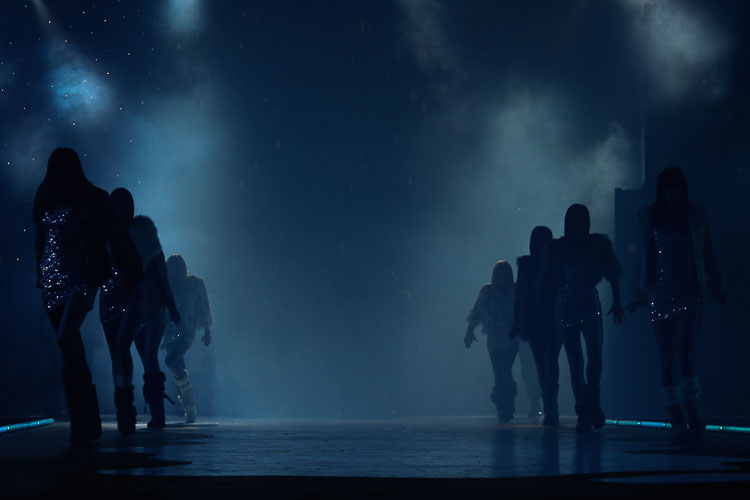 How Many Seasons in the Fashion Industry Year? (not 4!)

Why Does the Fashion World Need Seasons Anyway?

So London Fashion Week is on its way again, triggering many words and pictures telling us about Autumn/Winter 15 colours and Spring/Summer 16 styles (yes – already!)

When we first started out in the jewellery business, we were slightly flummoxed by the way the retail and fashion industries talked about seasons.  Before then, like a lot of people we thought of seasons as being times of weather changes, and assumed fashion seasons were about needing to change what you wore in line with the changing weather – warmer clothes in colder weather, brighter colours in the sunshine and more practical designs when it’s very wet.

It turns out it’s far more complex, with the seasons forming a kind of global metronome for the global fashion industry, setting the tempo and timing for creating, promoting and selling new ranges.  As well as the people who design, make and sell clothes, there are a whole set of other people whose businesses align to the fashion industry’s cycles.  Apart from the obvious examples like publishing, advertising and logistics/distribution industries, there are perhaps more surprising players like Pantone, the folks who play such a core role in defining the colours used in almost everything we see around us.

The story of how we got to today’s setup is one we found fascinating, including how a set of regional style centres became an international roadshow for a global audience.

In the beginning, there was Paris & Vogue

In the early 20th century, Paris was the hub of fashion and Americans devoured Parisian trends & style. At the centre of everything to do with fashion in the New World was, of course, Vogue magazine, which had been around since 1892.

Vogue’s then editor-in-chief, Edna Chase worried at the start of the First World War that with the French involvement in the War, the Americans wouldn’t have access to Parisian fashion, leaving Vogue with nothing to publish.

So she organised for the finest seamstresses of the time to come up with their best dresses and she took models to these seamstresses and taught them to walk and do their makeup and hair. Edna Chase then persuaded American high society women to buy tickets to this show. In 1914 she organised the first of these at the Ritz Carlton, called the “Fashion Fête” and it was a winner.

Edna had foresight, because this worry actually materialised during the Second World War when fashion loving America did lose access to Parisian style.

So Edna put in place a “Press Week” to showcase American fashion.  Over time, this evolved into New York Fashion Week, where America got the chance to see what Paris in particular was offering the best-dressed women in the coming year.

The idea caught on, and in 1973, Paris instituted Paris Fashion Week, followed by Milan in 1979. London joined the group in 1984, creating the “Big 4” Fashion Week calendar.  Each of these was an opportunity for that particular city to showcase itself to the rest of the industry, and make its mark on what the industry was deciding was in or out, and who the new stars of fashion were to be.  Over time, each of the centres seemed to find its own place in the overall scheme of things.

In those days, with slow global transportation, no internet and “hot lead” printing presses, it took a while for information to move between fashion hubs, with the magazines playing a key role.

So the whole industry worked to a cycle of once a year fashion shows, around which magazines reported, stores refreshed stock and women shopped.

But as information started to flow more rapidly around the world, computers made it easier for retailers to work with manufacturers, and the stock market put increasing pressure on businesses to make more money.

The result was that retailers and fashion houses needed to find ways to create faster, more frequent changes in style – and buying.

Innovative retailers like Zara started to do previously unheard of things like turning around new lines in weeks rather than months, in particular through smart use of technology. (Bloomberg described how Zara does this last year, including an interesting video)

As the manufacturers, customers and retailers all become more internationally dispersed, the four fashion capitals became more like four “brands” in a single global industry.

Retail being the competitive industry it is, the concept of twice-yearly shows soon emerged, to feed the growing interest and demand of fashion-conscious women and the businesses who sold to them.

Today, the big and lesser names in fashion hold twice-yearly shows of their upcoming collections. February and March host the Autumn/Winter Fashion Shows for the end of that year. Then in September/October, the Fashion weeks showcase Spring/Summer collections for the following year.

The season begins in New York, followed by London and Milan, always ending in Paris which aims to epitomise the definition of what’s out and what’s in.

Paris is the home of the haute couture collections.  This is a phrase we use freely, but Haute Couture is actually a protected term in France. Only brands that meet strict criteria can describe their collections this way.

Despite being driven by creativity, the fashion industry is, in business terms, actually pretty conventional. So it was seen as quite innovative when some designers started breaking the rules, and showcased their range between the two defined seasons. These became known as the Pre-collections, and would often be the ready to wear range for a designer, before the launch of the more exclusive pieces.

Once the idea was seen to work, everyone jumped on, so we now have pre-collections from May to July ahead of the September Spring/Summer fashion, and then again in November/December ahead of the Autumn/Winter range for the next year.

So when you see terms like resort, cruise, first summer, high summer and pre-fall collection, that’s what it’s all about.

The term cruise and resort came about because the wealthiest fashion house clients would pick up these styles to use on their holidays.  As American designer Derek Lam explained to Instyle magazine a couple of years ago,

Perhaps suprisingly, fashion houses often make more from their pre-collections because they’re in the stores for longer, and are generally less dramatic, more wearable styles that won’t steal the thunder from the upcoming major season. So the pre-seasons are often more accessible to women who don’t want to try to carry off the melodrama of the new major collections.

In a world where international travel has become affordable and you may be in several different countries over a single year, just from a weather perspective there is much more need for clothes that are less dependent on time of year. For example, you’ve probably noticed the sleeveless look in the autumn/winter fashion alongside bright popping colours, or the muted look and coats in spring/summer wear.

While traditionalists find seasonless fashion blasphemous, it seems reasonable to us that we’ve had to evolve to a season-neutral way of dressing from when the Fashion week originated a century ago.

We are for the view that you don’t have to consign your favourite clothes to storage just because someone else thinks it’s last year’s colour, or if the weather is cold in summer you can wear a warm coat.

What do you think?